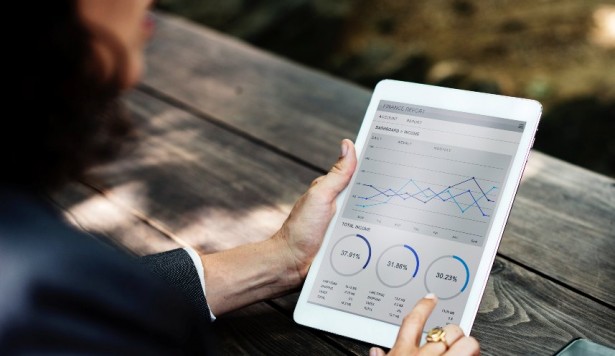 Proptech is moving from beta to mainstream. That was the message from a host of speakers at the inaugural PropTech conference Wednesday. Cathy Hayward reports.

“Last year was a fundamental shift in real estate organisations’ sentiment for technology,” said Angelica Donati, CEO, Donati Immobiliare, who chaired the half-day event held at DLA Piper’s new Aldersgate office. “2019 will be year they start using technology, not just talking about it. IoT-driven technology will underpin the idea of real estate as a service.”  Her comments were backed up by a host of statistics that were cited throughout the day, including the news that $15bn was invested in proptech in 2018 compared to $2.67bn in 2016, and 2011 when the whole sector was worth $176m in total. “Proptech is not an exotic niche player any more. It’s here to stay,” Donati declared.

Rawle Howard, global head of capital markets at Cloudscraper Exchange, agreed: “There’s a time and a place for everything. Before, we weren’t at that tipping point for proptech, but now we are. The old guard are moving on and the new ones adopt technology.”

And the industry recognises that. Research from KPMG revealed that 93% of real estate professionals believe traditional real estate organisations need to engage with proptech in order to adapt to the changing global environment.

But where is this investment focused? In one of two panel debates, Anthony Day, proptech partner at DLA Piper, said that smart buildings were the main focus of proptech investors with 35% of all investment, followed by space management and utilisation (21%), finance and investments (also 21%), architecture, engineering and construction (14%) with consumer/ broker technology the bottom of the list at 9%.

“We’re in the second wave of proptech,” said Professor Andrew Baum from the Said Business School at the University of Oxford, who talked about how the city’s physical infrastructure will need to adapt to cope with the third wave. Citing one example of the issues involved for cities, Baum noted: “London is ideal for drone deliveries, for example, because it has so many flat roofs - unlike Paris with its pointy roofs. There are currently people going around London taking options on flat roofs.”

The joining of the physical and digital infrastructure was also a topic for Doug Ward, co-founder of Node, who pointed out that most London buildings were built before the internet and are sometimes difficult to make connective – another challenge for proptech. But Baum warned against getting too excited about the impending third wave of proptech, saying that blockchain was “overhyped technology” which people were getting sick and tired of hearing about.

This pragmatism was evident throughout the day. In his customary futuristic talk, Philip Ross, CEO of Cordless and UnWork, organisers of the event, walked the audience through the future of proptech in the workplace. He predicted a move towards sentient space where the workplace “knows who I am, where I am, what I need, what I like, how well I’m performing, how I feel and why I’m here.” Ross focused on ambient intelligence, not artificial intelligence.

And like other speakers, he focused on the benefits that proptech brings people - not just technology for the sake of it. Examples included apps telling you what spaces are free in an office based on your preferences and history; apps suggesting routes to and from locations or even around the office based on how many steps you’ve taken that day – longer routes if you haven’t done enough steps; apps showing what the temperature/lighting/air quality/humidity is like in different areas of the office so you can choose the right space for you; apps suggesting lunch companions who you’d benefit from meeting who might also be free; as well as microphones and speakers in the ceiling listening for interruptions which then balance the white noise appropriately.  “We’re all carrying a smart phone into a smart building. Our phone will be the gateway to everything at work,” Ross said.

Ron Bakker from PLP Architecture, who was involved with the Edge in Amsterdam, argued that proptech is nothing to do with tech but is really all about people. “It’s exciting to talk to my clients about people. They never wanted to talk about people, it used to all be about square feet,” Bakker said.

But the proptech revolution does have its challenges. Ben Mein, CEO of Harness Property Intelligence, warned that with all the excitement over proptech nobody is asking who the data belongs to: “Digital transformation is data transformation. Software will generally only enable you to do something if you put data into it. But people never look at data rights with platforms. Once it’s in the system, whose data is it?”

Node’s Doug Ward concluded that organisations will start to choose buildings based on their data security. “It will become a new selling point,” he declared.

Cathy Hayward is managing director of Magenta Associates, the communications specialists for the built environment. 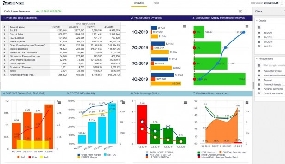 It's intelligence that matters, not information